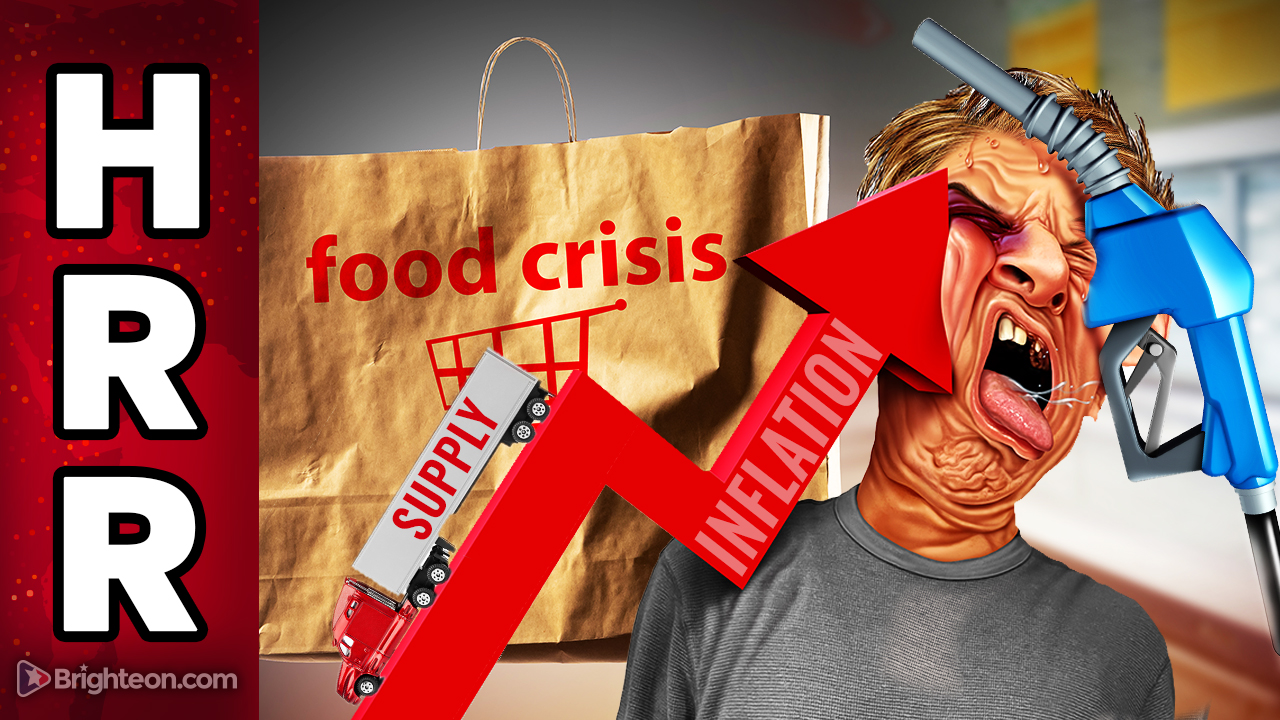 With the US government releasing official inflation numbers today at the “shocking” level of 8.6% (via the CPI) — with real inflation now well over 20% — it is only the oblivious morons who were surprised. The intelligent, informed people who read independent media have known about exploding inflation for over a year. We also know something that the conventional economists pretend doesn’t exist: that money printing causes inflation. Now, the inflation is undeniable even to the deniers. Fuel price increases, for example, are now sitting at 75% year over year. Thanks to these numbers, the markets went into a full panic today as even the low-IQ corporate media economists realized the Fed is going to aggressively hike rates in response to this inflation. (Yes, they only just now figured this out. While indy analyst Gregory Mannarino has been screaming this would happen for months…) The next Fed meeting will likely result in a 75 basis points increase, or 0.75%. This will, in turn, absolutely hammer real estate, very likely thrusting America into a bona fide real estate market collapse accompanied by plunging land prices in most areas. Similarly, the increased cost of borrowed money (stemming from raising rates) will make stock market speculation far more expensive, meaning a certain pullback in stock valuations, despite all the Fed’s money printing. This means the stock market is headed lower, and crypto will likely follow in parallel. Bonds will absolutely crater in value as the interest they pay will seem increasingly pointless compared to real-world inflation and rising costs. If the Fed tries to simulate its way out of this conundrum to artificially keep the markets inflated a little longer, it will only accelerate the currency devaluation and lead to even more inflation. Know what’s not going to go down? Both energy and commodities are going to skyrocket in value. Fuel prices will continue to increase at an alarming pace, driving gas toward $10 / gallon and diesel into the $10+ range by the end of this year. Right now, a transport rig (18 wheeler) rolling down the highway consumes about $1000 / day in diesel. That will increase to $2000 / day, and as it does, you’re going to see trucking companies implode with bankruptcies and sharply reduced trucking loads.

Consumers have shifted their spending to food, fuel and rent

Consumers are already neck-deep in credit card debt, and they’re still living on credit. Demand for consumer goods has plummeted as people are forced to use their limited financial resources to pay for food, fuel and rent. (All three have skyrocketed under fake president Biden.) As a direct result, they are not buying nearly as much in the realm of consumer goods, appliances, home furnishings, etc. The home purchase market has already collapsed, and the collapse will only worsen from here forward. Rising interest rates will make home loans increasingly expensive, and many people will end up homeless or living out of their vehicles or campers. Since consumers are now prioritizing payments for food, fuel and rent, major retailers across America (Target, Wal-Mart, Best Buy, etc.) are sitting on frightening levels of excess inventory. They’re going to start announcing liquidation sales that will present rare buying opportunities for those who have the cash and want to take advantage of the last round of “cheap stuff” any of us will see for a long while. After the excess inventory is blown out and the domestic trucking industry has been hammered by bankruptcies, we’re going to see prices skyrocket (from the September timeframe) while domestic shipping will become very inefficient and slow. This will strongly impact food shipments, causing more food spoilage, increasing the food waste produced by grocery stores. Nothing about this scenario is good for America. In fact, you are witnessing the planned, engineered take down of the US economy, all right on cue. Get all the details in today’s powerful Situation Update podcast, which also features a rendition of the joyful song about how to save your own urine for use as garden fertilizer: “Don’t Worry, Pee Happy.” Brighteon.com/ee2b9318-6116-41b6-9cc2-cadb9946e381