Shocking study finds covid vaccines REWRITE your DNA… criminal CDC proven to have repeatedly LIED about this very issue to deceive and harm the public.

(Natural News) As The Epoch Times and other media outlets reported yesterday, a shocking new study conducted at Lund University in Sweden has confirmed that mRNA nanoparticles from Pfizer’s covid-19 vaccine enter human cells and are reverse-transcripted into DNA, achieving a permanent alteration of the person’s genetic code.

This is something that the CDC lied about for the last several years, claiming it was impossible.

The study concludes that, “BNT162b2 mRNA is reverse transcribed intracellularly into DNA as fast as 6 [hours] after BNT162b2 exposure.”

This means the vaccine alters your genetic code in mere hours after being injected. This may help explain why cancer rates are exploding in people who take covid vaccines. The integrity of their DNA is being destroyed.

It is also yet more proof that the mRNA particles from the vaccine do, indeed, circulate throughout the body and don’t stay restricted to the injection site. That’s another lie told to the world by the CDC, Big Tech and the pharma-funded corporate media which has been caught in lie after lie when it comes to covid origins and vaccine safety.

As pointed out by The Epoch Times, the CDC’s web page entitled, “Myths and Facts about COVID-19 Vaccines” still asserts the lie about vaccines not altering your DNA, claiming:

The genetic material delivered by mRNA vaccines never enters the nucleus of your cells, which is where your DNA is kept. Viral vector COVID-19 vaccines deliver genetic material to the cell nucleus to allow our cells to build protection against COVID-19. However, the vector virus does not have the machinery needed to integrate its genetic material into our DNA, so it cannot alter our DNA.

It turns out the CDC was lying all along. No one is surprised to learn this, and it begs the obvious question: What else is the CDC lying about? What other truths are they hiding from the public?

The CDC lied about vaccine distribution throughout your body, and they lied about vaccines altering your DNA. The CDC, which owns thousands of patents on vaccines, is actually a vaccine criminal cartel and propaganda operation that deliberately misleads the public about vaccines in order to sell deadly poison to the masses.

The CDC, in other words, is a pharmaceutical crime cartel that carries out crimes against humanity in order to enrich Big Pharma (and themselves).

TheCovidWorld.com has also found that the mRNA code injected into people as part of the covid vaccines contains a gp130 cancer-causing gene sequence. While more research is needed, it appears the mRNA vaccine may actually “program” human DNA to grow cancer tumors. 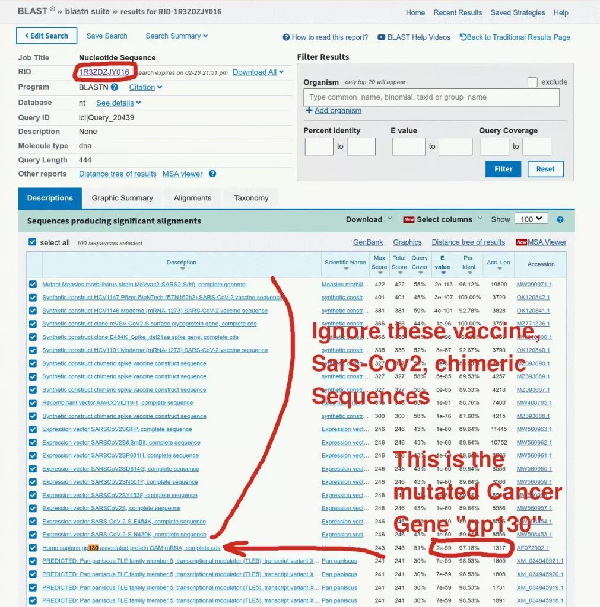 Get the full story in today’s Situation Update podcast below. The vaccine discussion starts at 34:50. Before that, we cover Joe Biden’s Slur of the Union Address and you get to hear me belt out lines from the song, “I Give You My Word” as performed by President Komacho (Terry Crews) in the film Idiocracy … which turns out to be a documentary of the Biden administration.

Nobody can beat Terry Crews at this, of course, as he’s the master of comedy. But I give it a shot. Listen and weep: